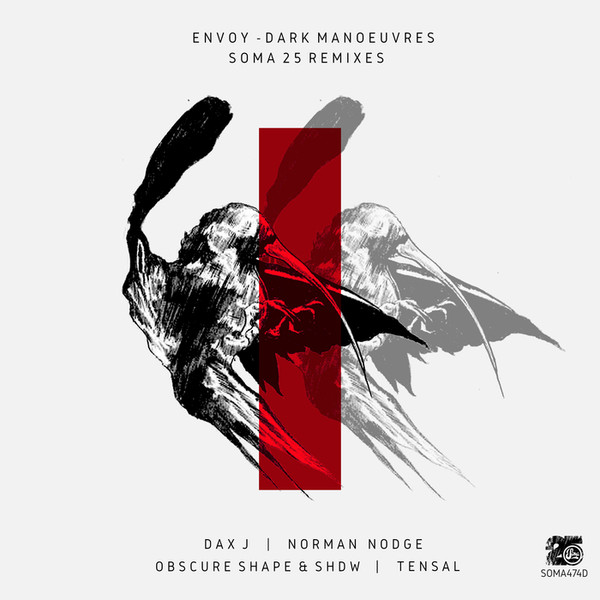 Soma proudly present the first in an exciting series of releases. The reason is to celebrate 25 years at the top of electronic music. As they turn to some of our favourite modern artists to reinvent some of the best from the back catalogue. Up first is Envoy’s timeless classic, Dark Manoeuvres. Originally it was released as part of the “Coalition EP’ in 1996.  The EP back in the day also featured the classic Seawall. Hence, Hope Grant’s instantly recognisable hit is still found in nearly every Techno DJs record box. And also has continually served as a beacon of Soma since it’s release four new versions are served up here as Dax J, Norman Nodge, Obscure Shape & SHDW plus Tensal all deliver fine interpretations of this Soma classic.

Dax’s furious style is the opener as he uses the original chords as they were intended but all the time firing his concussive drum patterns directly to the dance floor. Ostgut Ton’s Norman Nodge turns in a delectable dub version in only the way he can by keeping Envoy’s original muted and delivering a subtle, introverted version. The duo of Obscure Shape & SHDW are next up and delivery one epic take on Dark Manoeuvres. The pair build the tension early, teasing the strings then unleashing an onslaught, adding their own beautifully led, string section before hammering home. PoleGroup’s Tensal closes out our first Soma 25 releases, twisting and cutting the hook to suits his means as thunderous beats work away behind this solid tool.

With much more on the horizon, Soma has their gaze fixed firmly on the future of Techno