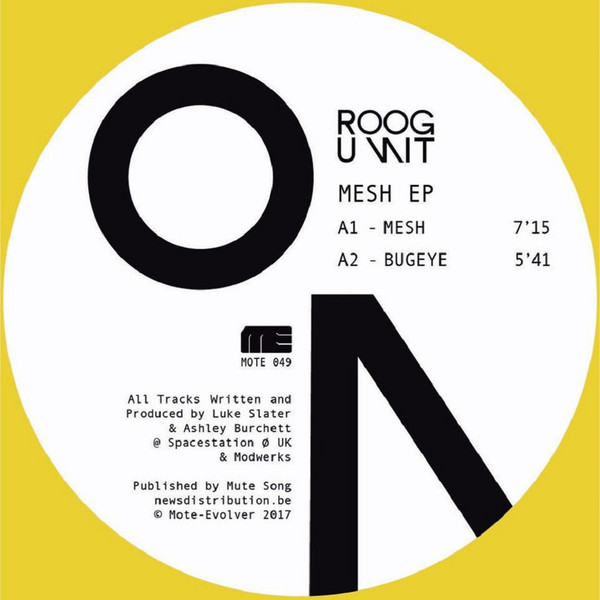 Mastering Mote-Evolver in Berlin. The two UK techno pioneers Ø [Phase] and Luke Slater collaborate as Roog Unit for their first EP called ‘Mesh’ which I mastered. Support with Mastering Berlin from Glowcast Audio and Conor Dalton. You can catch Ø [Phase] playing in Switzerland soon. He will also be playing at the mighty Berghain in April before he is heading to the United States. UK artist Luke Slater, who is also known as Planetary Assault Systems is playing in Belgium and Switzerland soon.

Mesh was released in June 2017 on Mote-Evolver. Find  the artists on Facebook.