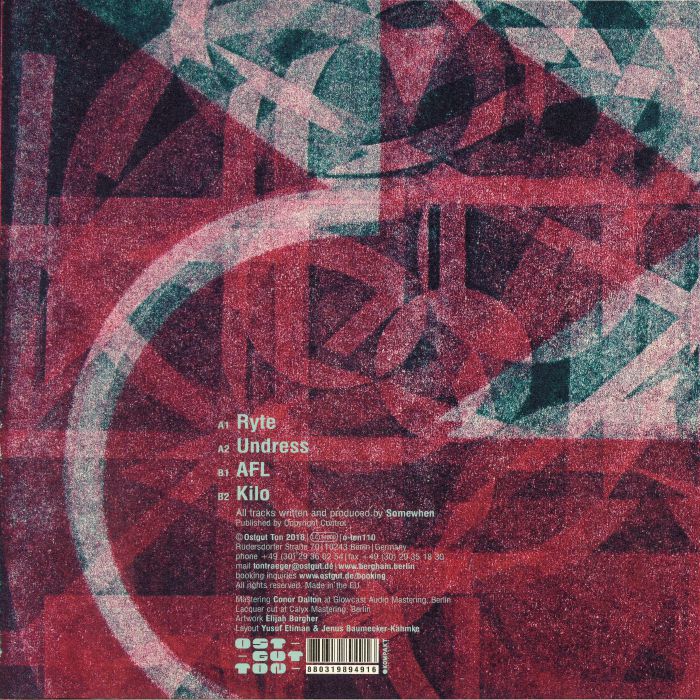 Mastering Somewhen’s debut EP on Ostgut Ton. The record is a combination of “squelchy, ultra-saturated drums. As well as chromatic basslines and EBM inflections. The DJ and producer, who grew up in Berlin’s Neukölln district in the ’90s as the son of Polish immigrants, is a resident at Berghain. Ostgut says he started out as a producer in Berlin’s rap and R&B scene, making beats for local MCs. Hence the label adds: “At the time, pre-gentrified Neukölln was known as an affordable working class district with high dropout and unemployment rates. These are paths Somewhen avoided by immersing himself in sound engineering, working construction and, in his spare time, honing his gritty productions. He started making techno, debuting on Ostgut’s Unterton sub-label in 2016 with Null, while also putting out records on Marcel Fengler’s IMF and his own label, SANA.  The EP is due out March 16th. 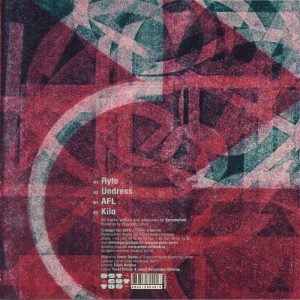 Mastering Somewhen at Glowcast Audio in Berlin. Feel free to follow Somewhen and me on Facebook to stay up to date. You can also head over to my news section to find out more about the projects I’m working on.

• live_from_earth The FDP compilation is out now

• ireenamnes 1 hour of unreleased noise + “In

I’ll be doing a mastering workshop at #somaschoo

• catalinacara_ “Hope It’s Gonna Be You” i